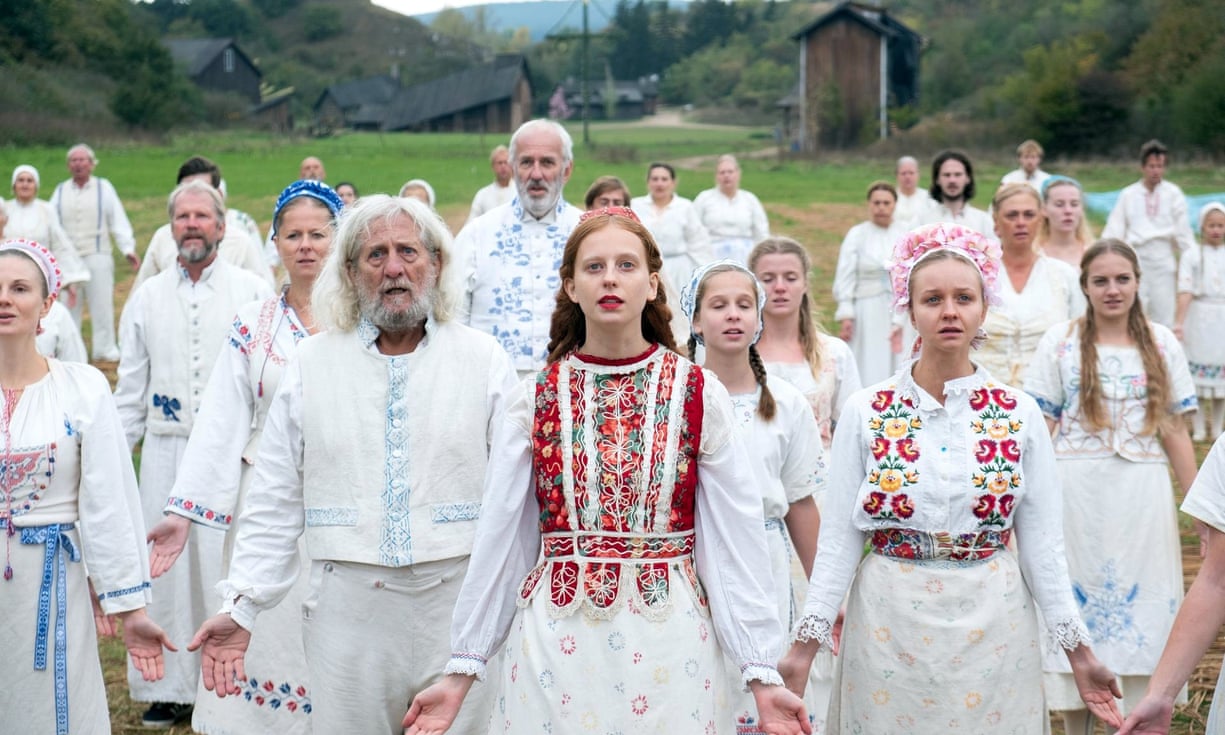 Ari Aster was widely praised for Hereditary and now he has returned with this offering, which can still be seen in the cinemas. You may well be broadly aware of the film’s premise, which is that a bunch of American students head off to take part in the midsummer festival of a weirdo cult in a remote part of Sweden; high-jinks ensue when the less appealing aspects of the cult’s way of life become apparent. Unusually for a horror film, the action mostly takes place during daylight (the festival is so far north that there is almost 24 hour sunlight). It also takes place in a strange alternate universe where none of the characters have ever heard of either The Wicker Man or Nazi paganism. Of course, many people have never heard of these things, but the American characters are mostly students of folklore and folk traditions, so you would think that both of these would have impinged on their consciousness.

The spectre of The Wicker Man does of course haunt this film, with its similar basic setup, but the film plays with that a bit, using deliberate misdirection. At one point we learn that each year the cultists choose a young lady to be their May Queen, and we think we know where that is going; we are wrong. But the film is also its own thing. Where Howie was alone in investigating Summerisle, here there are a group of American visitors, joined by an amiable English couple (whom I got very fond of and wished they were appearing in a film with a more pleasant outcome for them). The film plays on the tensions between the visitors that in large part distract them from the more unsavoury aspects of the Swedish community’s life: two of the Americans are research rivals, while in turn the romantic relationship of Dani and Christian (mmmm) is in the throes of disintegration.

That relationship is interesting, with the two strongly played by Jack Reynor as Christian and Florence Pugh as Dani. It is easy to see Christian as a bit of a dickhead and I certainly found myself initially thinking of him like that, but I think there is a bit more to him, at least with respect to his relationship to Dani – he is in this relationship that has really run its course but is unable to leave her because she is in a very bad place and to do so would make him a heel (or so he seems to think, perhaps it would be better for everyone if he were to cut and run). The bros he hangs out with are however almost completely terrible.

It should be noted that Pugh’s performance as Dani is particularly striking in the sense of strength and fragility it presents. Anyone who has seen her in Lady Macbeth or the not-good film The Falling will not find this a surprise. 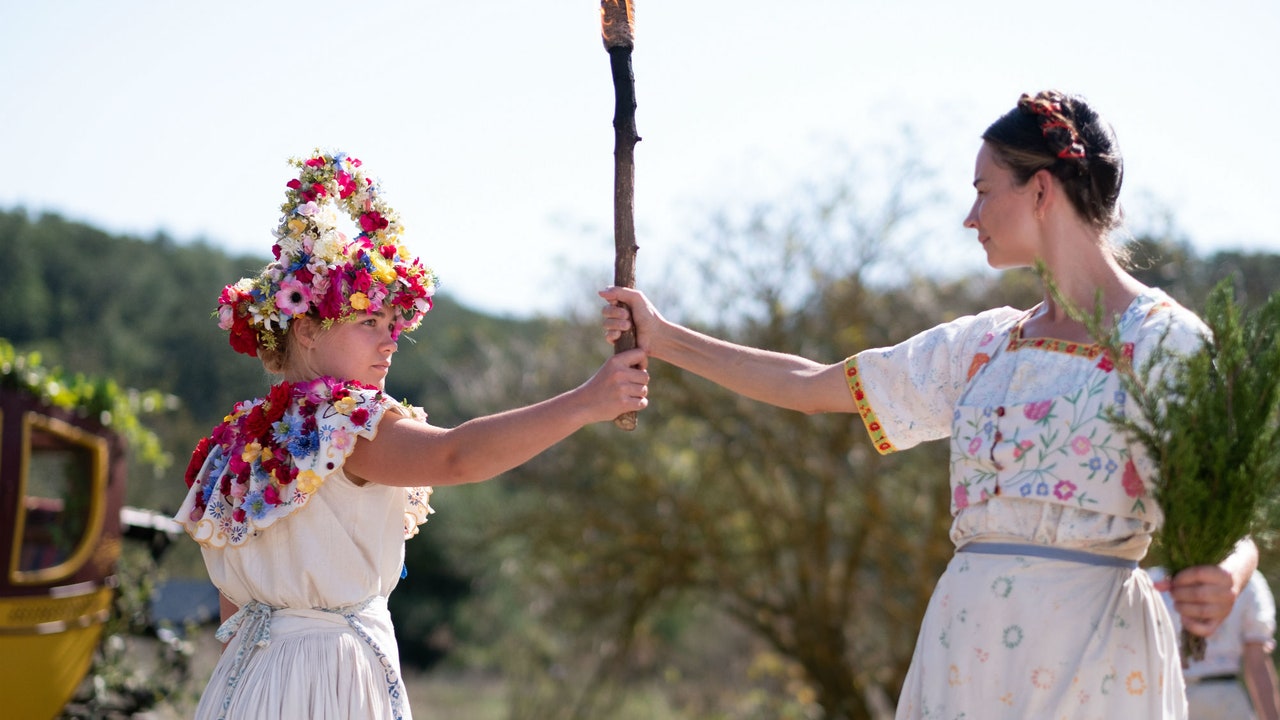 Another thing that should be noted about the film is the bright colour palette, which is not too much of a surprise for a film mostly taking place under the heady lights of a Scandinavian summer. What is particularly striking about this is the way the film evokes the magic mushrooms consumed by the characters at key points in the story, with colours and flowers pulsing in an unstoppable manner. Kudos should also go to the musical soundtrack by Bobby Krlic of the Haxan Cloak, which includes both the tunes performed by the cultists (like the Summerislers, they are a musical bunch) and the more usual kind of scored accompaniment, yet even the latter feels as much like part of the sound design as something meant to just signify mood to the audience. In this it reminded me of the soundtrack to Dunkirk, and I was going to launch into a discussion about how this represents and interesting new direction for soundtracks, until I recalled seeing the same kind of thing recently in the 1977 film Suspiria.

I am however not sure if Bobby Krlic did the song about the bear that appears not in the film but in an advertisement for the Bear In A Cage novelty tie-in product.

Handing on the torch (Vanity Fair: Midsommar’s Showstopping Flower Dress Was So Heavy They Hid a Chair Under It)