My account of the recent World Science Fiction Convention continues.


Saturday at Worldcon was the day on which I hate a disgustingly large lunch. Or so I recall and have the photographic evidence to prove that this event took place, yet when I look back at the programme I cannot see a gap in events I attended large enough for me to consume an obscenely large meal. This may remain a Flaming Carrot Unsolved Mystery. 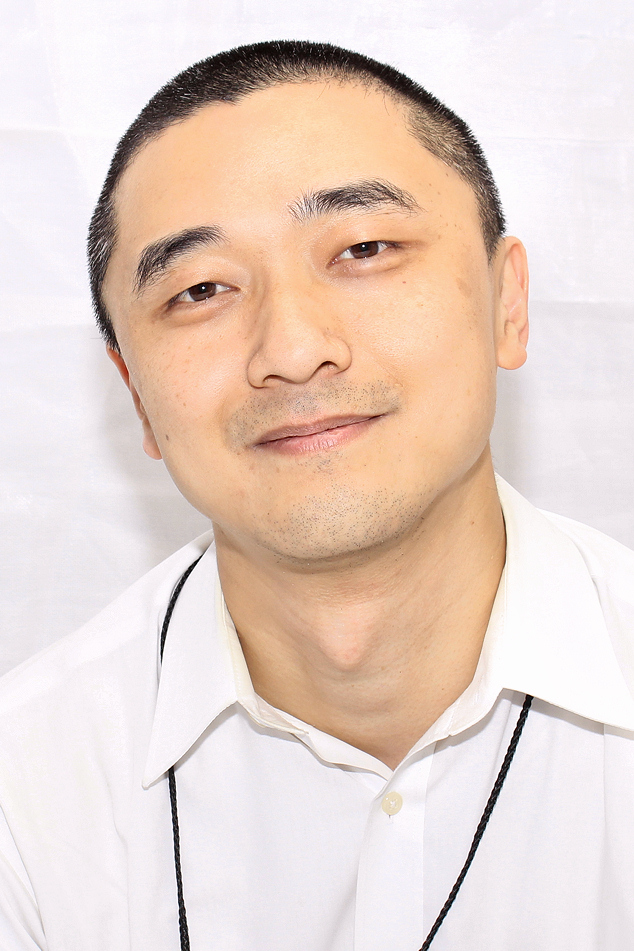 Because of all the post Hugos excitement of the night before I arrived a bit late at the conference centre where Worldcon was talking place. The first event I made it to was a presentation by Ken Liu on translation that was so brainy it could have featured in the academic track. Liu is an SF writer himself but he is also a translator; the English version of Liu Cixin’s The Three Body Problem is his. His talk was a quick run through the general theory and practice of translation before switching to a discussion of the particular questions surrounding translation to and from Chinese. The theoretical stuff (formal v dyanmic equivalence, metaphrasing or paraphrasing, domesticising v foreignising, etc.) will come in handy next time the London Review of Books has a big ding dong about translation and also had me thinking about my feelings with regard to translations into English of Tolstoy (broadly summarisable as Maude good, Pevear-Volokhonsky bad), with the different ways in which Denisov’s speech impediment in War & Peace is rendered in English being based on different theoretical approaches to translation.

He also talked about how power relations are hard to remove from translation, mentioning how Greek names are rendered phonetically in English but the names of Native Americans are translated. With that particular example I wondered if he might be over-egging things, taking two sets of conventions in translation that have emerged and making more of them than is really justified. I think I would need to hear Native Americans complaining that their names were being translated into English rather than rendered phonetically before feeling that this was another example of their oppression.

Still, this bit reminded me of how place names work in my own country. Most place names derive from the Irish language, with the English name being a corruption of the Irish pronunciation (e.g. Dublin in English is a corruption of the Irish Dubh Linn, which literally means Black Pool (though just to complicate things, the actual Irish name for Dublin is Baile Atha Cliath, which translates as Town of the Ford of the Hurdles or something)). The only exception to this seems to be those places that were originally given English names – in these cases the Irish place names tend to a translation (e.g. Newbridge is written in Irish as Droichead Nua). This may indicate that in Ireland the anglophone majority live under the iron brogue of the Gaeilgeoir.

I do not want to just summarise Liu’s talk as it would spoil the fun for any readers who find themselves with an opportunity to hear him speak in real life. Nevertheless I greatly enjoyed his account of how in the early 20th century Lu Xun translated early science fiction works by HG Wells and Jules Verne into Chinese. Lu Xun appears never to have come across the texts in the original languages and worked from versions in Japanese (a language he had studied for a year). His Chinese texts sounds like they are very far removed from what the original authors had written, yet sounded like they would make fascinating reading if translated back into English.

I was also intrigued by the discussion of how it is problematic to think of there being a single Chinese language or even of Mandarin as the official Chinese language. The relationship of regional dialects to a standardised formal version reminded me of the somewhat imaginary nature of Arabic as a single unitary language.

After that I needed something a bit less intellectually demanding so I went to a talk called Authors And Their Cats, in which authors talked about their cats. Jeff Vandermeer revealed an important top tip: always include a picture of your cat in social media posts. Here is my cat, name of Billy Edwards.

A discussion on future proofing the Hugos, chaired by none other than Hugos administrator Nicholas Whyte, was presented as being about how Hugo categories should be designed to accommodate changing practices (e.g. moves from print to electronic media, etc.). However it broadened out into a more general discussion of where the Hugos are going. One Hugo trend that I think is dangerous is category inflation. This year’s ceremony saw a new category introduced, for Best Series, while the business meeting of Worldcon has decided in its dubious wisdom to introduce a Young Adult fiction category to next year’s awards. Proposals have also been floated to split the best novel category into best science fiction novel and best fantasy novel. Other proposals have been made to split the current two best dramatic presentation categories into four (and in a way that would appear to exclude non- TV or film works like Clipping’s Splendor & Misery), with the best related work category also being eyed by some for division into multiple new award classes.

I mentioned previously that the Hugo Award ceremony goes on a bit. If all the proposed new categories were added then it would become interminable. I feel strongly that the addition of any new categories should be resisted and no additions made unless old categories are removed on a one-for-one basis. I also strongly oppose genre categories. Adding the YA novel category was a mistake and it would also be a grave error to split the novel into science fiction and fantasy categories (if nothing else, why would a science fiction convention be giving an award to a fantasy novel? And if it is giving awards to fantasy novels, why not also to fantasy short stories, novellas and novelletes?). I may have to start attending Worldcon business meetings and banging the table in front of me with a shoe while shouting “This aggression will not stand!”.

I need to go and lie down now but I will be back with more Worldcon talk soon.

More of my Worldcon pictures

More of my cat pictures

More of my pictures