As you know, the World Science Fiction Convention is coming to Dublin this year. At this the Hugo Awards for science fiction (and fantasy) works produced in 2018 will be bestowed, but so too will the Retro Hugos, for works produced in 1943. I wrote blog posts for Worldcon on eligible 1943 material, as an assistance to nominators. One of these posts included a list of professional artists who had produced eligible work in 1943. Because I was unsure of the copyright situation regarding hotlinked images and did not want to set the intellectual property cops onto Worldcon, I did not include any pictures in that post. However I do not really care about the copyright cops coming after me, so here are those Retro Hugo eligible artists again, this time with samples of their work. Unless otherwise stated, the images are either from the Internet Speculative Fiction Database or from Galactic Central (which was in turn linked to from the ISFDB).

Many science fiction and fantasy artists of 1943 earned their living creating covers for magazines, some of which could be pretty lurid.

Mervyn Peake would subsequently gain a measure of fame as the author of the Gormenghast novels, but in 1943 he was attempting to earn a living as an artist. His eerie illustrations for an edition of Coleridge’s Rime of the Ancient Mariner appear to be Retro Hugo eligible.
(image from Mervyn Peake, the Official Site)

Children’s book illustrations might also be the kind of thing that appeals to Retro Hugo nominators. Antoine de Saint-Exupéry‘s own illustrations for The Little Prince are a big part of that book’s appeal. Enid Blyton’s The Magic Faraway Tree would not be the same without Dorothy M. Wheeler‘s illustrations. 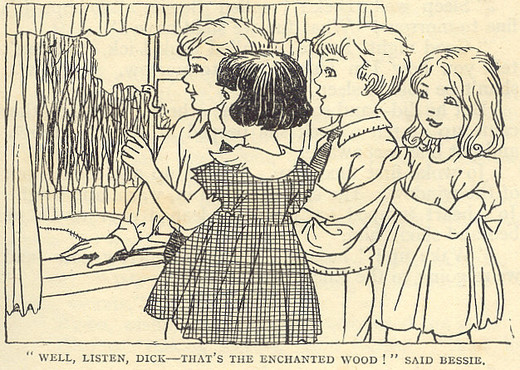 Boring disclaimer: this list of Retro Hugo eligible artists is not definitive and there may well be other, better artists whose readers’ own researches will uncover.