“Who do you turn to when your teen age daughter buys and brings home pornographic or obscene materials being sold along with objects directed and aimed at the teenage market in every City, Village and Record shop in this Nation?”

In 1955, Richard Berry wrote a song about a Jamaican sailor returning to his island to see his lady love. It’s a ballad, a conversation in the first person singular, with a bartender. The bartender’s name is Louie.

The song was covered in Latin and R&B styles in the fifties, but was never more than a regional hit on the west coast.

“Mainstream” white artists of the fifties and sixties often covered songs written by black artists. On April 6, 1963, an obscure rock & roll group out of Portland, Oregon covered the song, renting a recording studio for $50. They were The Kingsmen.

The guitar work could only be described as anarchic, the lyrics unintelligible.  The Kingsmen recorded the song in… 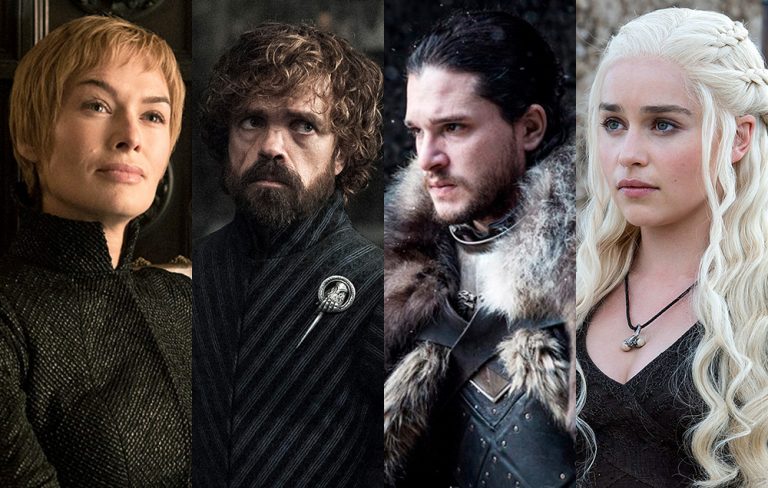 There is a guy who says nothing but Hodor. It turns out that this is because he once had to tell people to “hold the door”.

The Blondie Lady is called Daenerys something-or-other. She is the mother of dragons; this may or may not be literal but she does have pet CGI dragons who burn people up for her. She is known as the Khaleesi. She acquires and then frees a CGI slave army who choose to freely follow her because what else are they going to do?

There is a brother and sister who are shagging each other. They tip a young lad (close relative?) out a window when he catches them at it. The young lad mysteriously survives. Meanwhile the brother and sister have a son (passed off as son of the sister’s husband) who becomes the Mad King Joffrey, who is mad and bad. He is eventually killed.

There is a guy called Littlefinger who is very duplicitous but eventually he is found out and killed.

Some people got married but then one lot of the guests killed all the other lot.

Sean Bean plays someone who gets killed unexpectedly at the end of the first season.

There is a guy called Jon Snow who gets killed but then it turns out he wasn’t killed after all or something. People tell him he knows nothing.

The brother and sister who are shagging each other have another brother who is very short.

There is a family called the Starks. One of them is called Arya Stark.

There is a big wall that is keeping snow zombies called the white walkers out of the land where the main characters live, which is called Westeros.

There are lots of scenes in which women, especially minor character women, get their kit off.